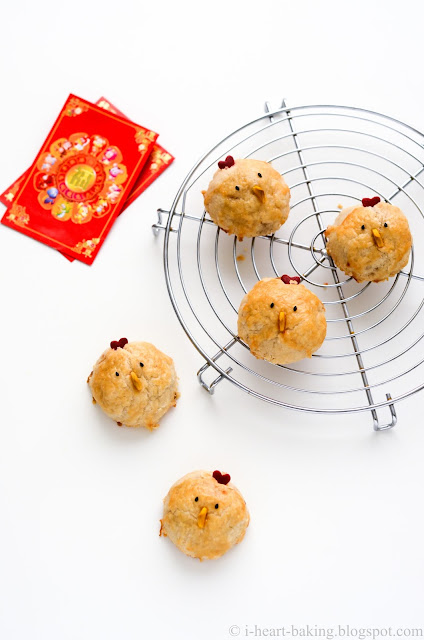 Last year for Chinese New Year, we went to my mom's house, where we celebrated with a chinese feast, including my mom's homemade potstickers! (For those of you who have never had a potsticker, it's a dumpling filled with meat and veggies, that is both steamed and pan fried on the stove). For my contribution to the feast, I decided to make one of my favorite chinese pastries, lo bo si bing, which features a flakey pastry crust filled with seasoned daikon (asian turnip or radish). I've been making these for a few years now, but with a crust recipe that I made up, which is much simpler than the traditional complicated chinese pastry dough (which features an inner and outer dough!).

The daikon filling is very simple, it's just peeled shredded diakon (I like to shred it in the food processor with the grater attachment), which is sauteed with minced garlic, salt, white pepper, soy sauce, and chopped green onions. Then be sure to let it cool before filling your pastry. 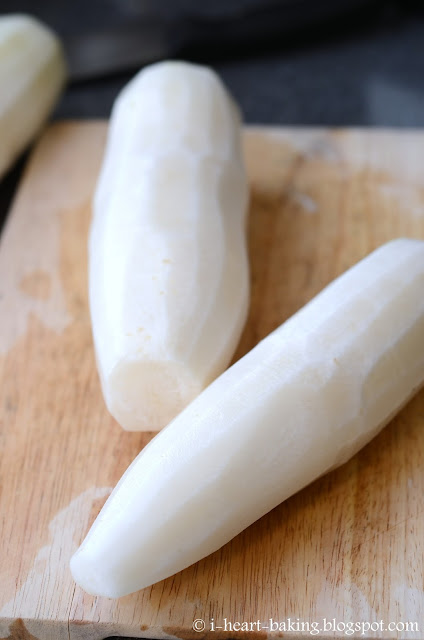 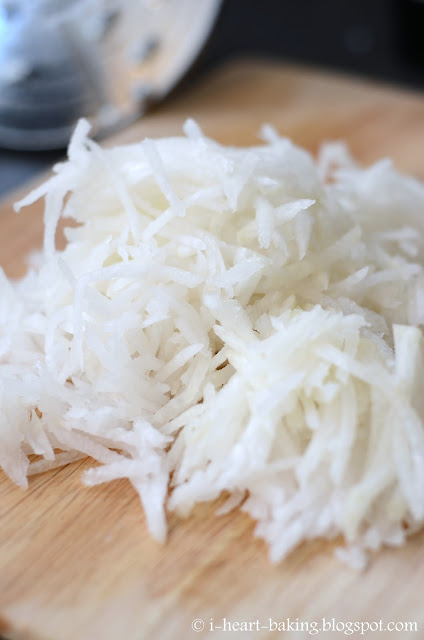 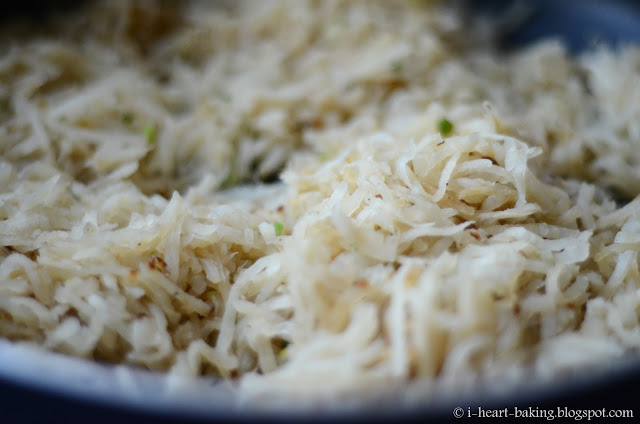 For the pastry dough recipe, you're going to flip when I tell you what it is. It's basically my all-butter pie crust recipe, except you use vegetable oil instead of butter. Yes, I know it sounds weird. But it works! When my mother-in-law first told me about a similar crust that her friend made for a japanese ube (purple sweet potato) filled pastry, I didn't believe that the crust would come together. But I tried it, mainly because my best friend's daughter is allergic to dairy, and I thought one day I could make her an apple pie that she could actually eat! I didn't have a recipe, so I just tried out my own recipe. And I couldn't believe that it worked!

You basically add vegetable oil to your flour, sugar, and salt, and then the magic is to add ice cold water, which somehow causes the vegetable oil to seize up and turn the mixture into a crust-like consistency! Amazing, right? But the caveat is that you can't roll it out like regular pie crust. You have to kind of pat it into place with your hands. And sometimes it falls apart, but no worries because it's super easy to patch up. 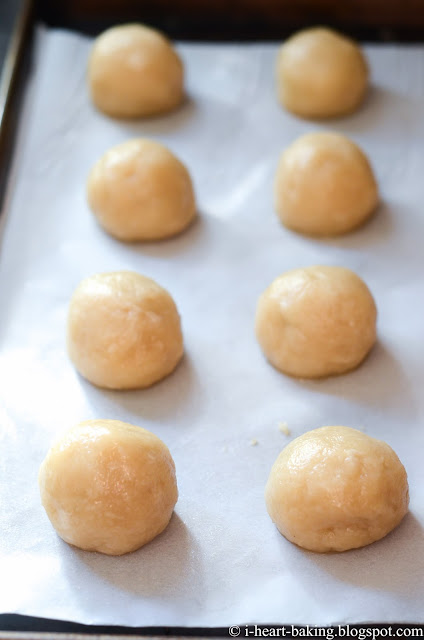 So anyway, back to the diakon pastries :) After making my vegetable oil crust, I used a small ice cream scoop to portion out the dough. With each portion, I rolled it into my hand until it turned into a smooth ball, then flattened it out, and then filled it with my daikon filling before pinching it together and then setting it on my sheet pan with the seam side down. 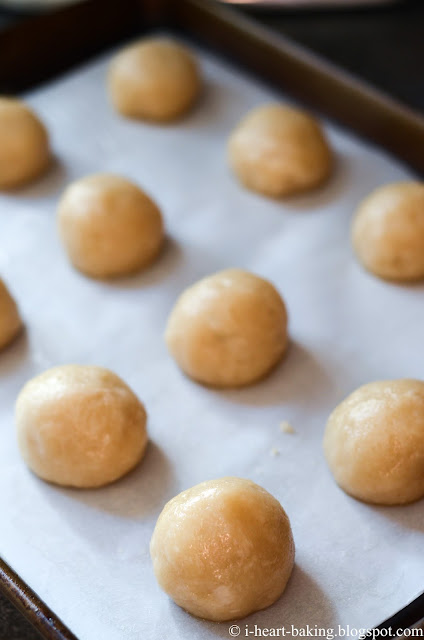 I brushed the tops with a bit of egg wash, and then sprinkled on some black sesame seeds before baking them at 350F until they turned golden brown. 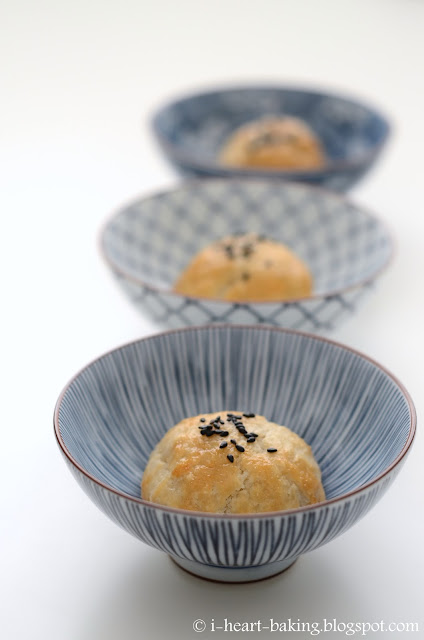 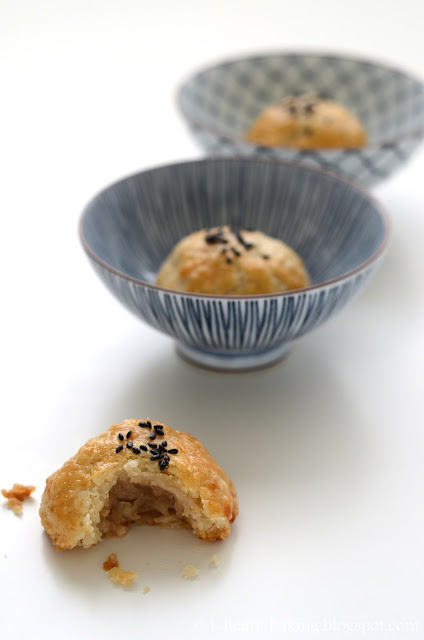 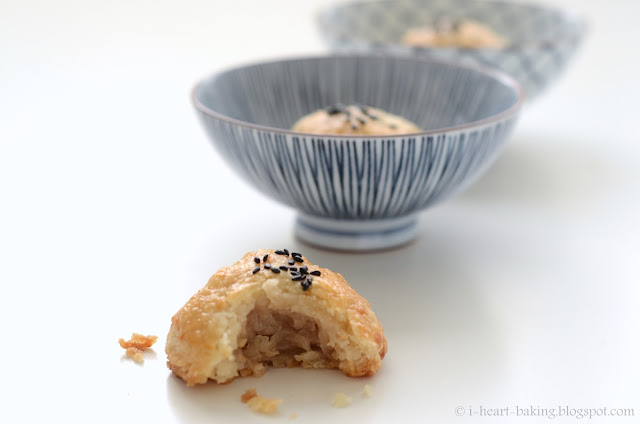 Aren't they pretty? And so delicious too, you wouldn't think the combination of sauteed diakon and pastry flakey would taste so good!

Since we were celebrating the year of the Rooster, I thought I'd make some of them in the shape of a chickie! So I decorated some of them with black sesame seed eyes, yellow heart beaks, and red heart combs. 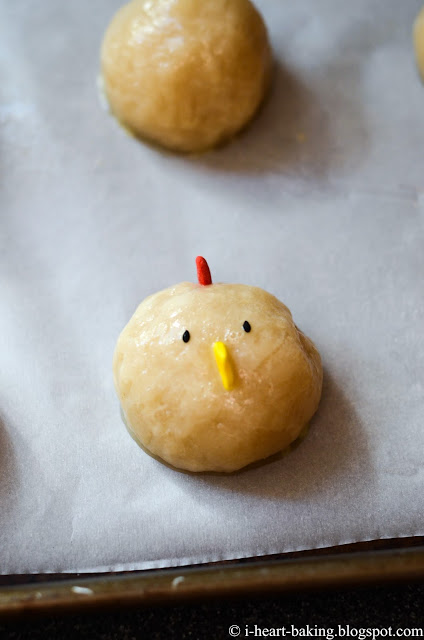 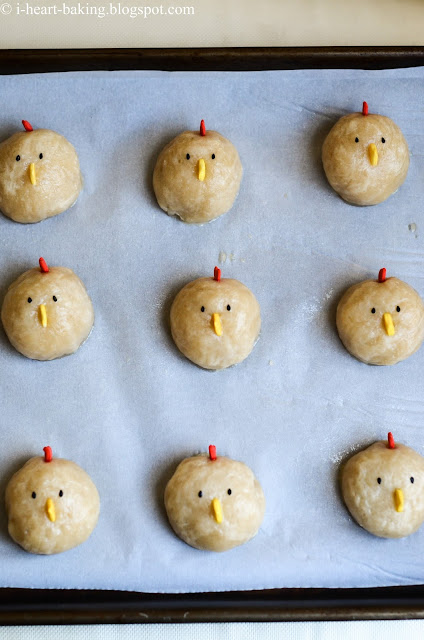 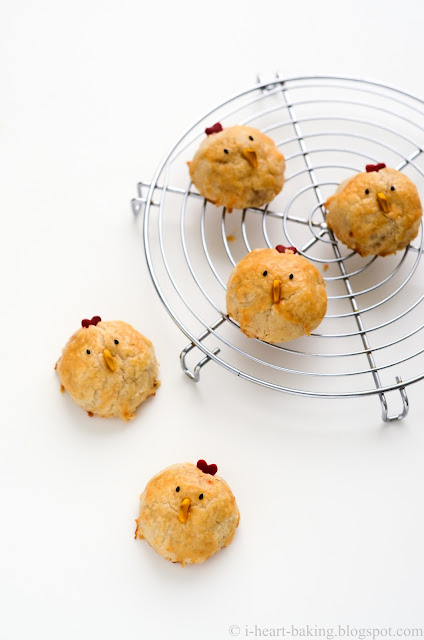 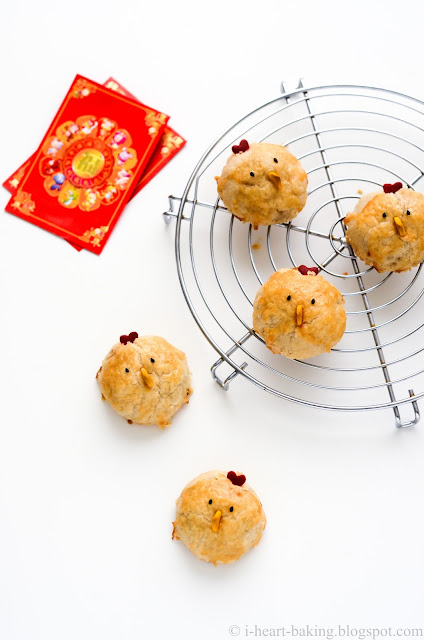 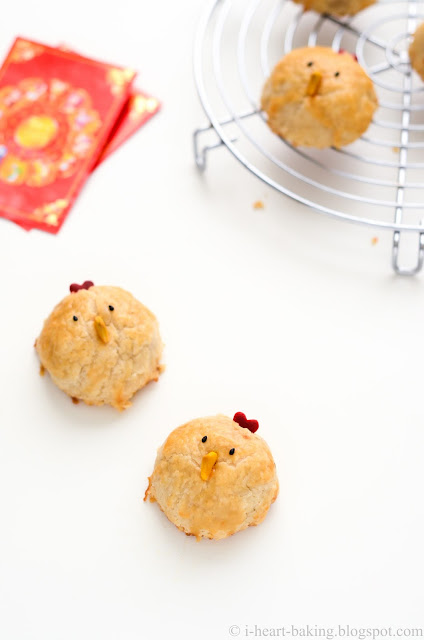 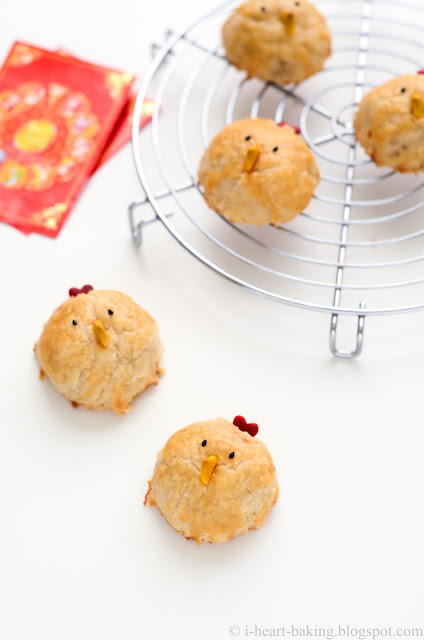 Here are a few photos of our celebration with the kids, my mom, her sisters, and my cousin and her kids. (And of Miss Melodie helping us wrap homemade potstickers! She did a great job!)

Stay tuned to see what I make this year! Happy Chinese New Year! 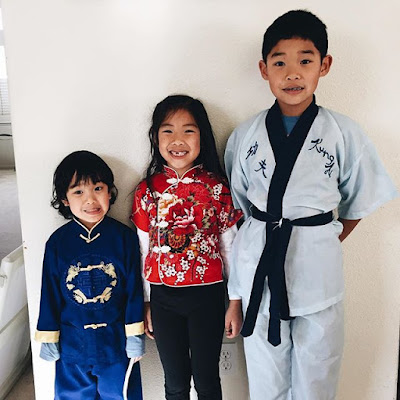 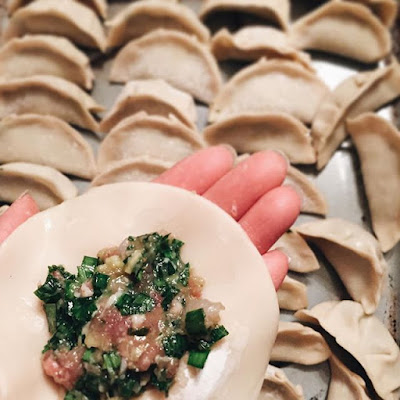 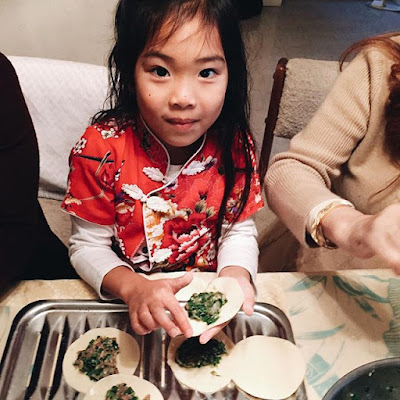 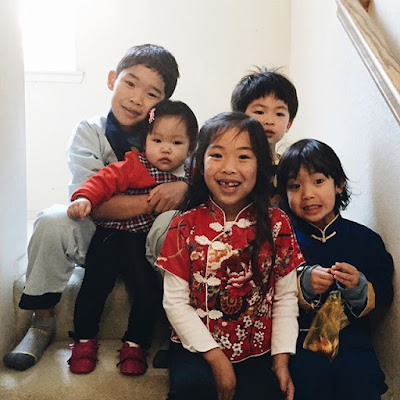 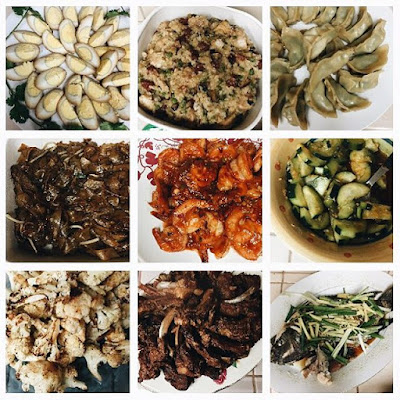 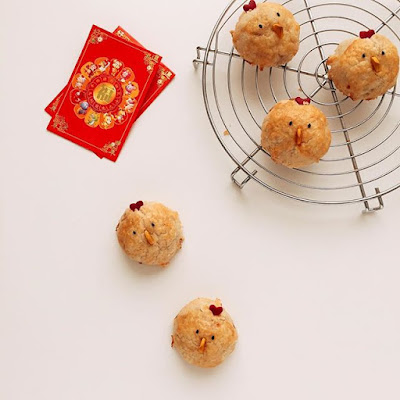