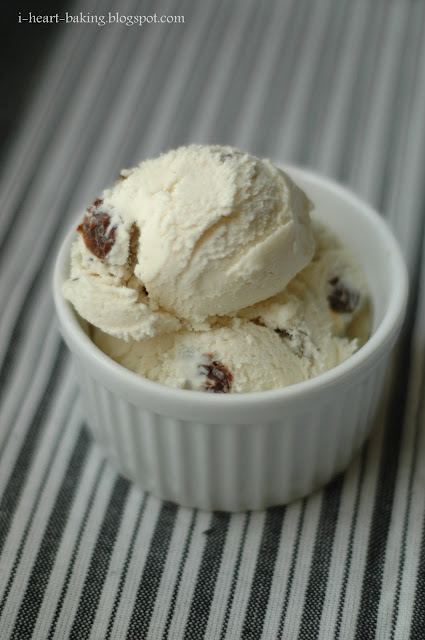 My husband loves rum raisin ice cream.  So when I saw a recipe for it while flipping through my David Lebovitz's ice cream book, I decided to make it for him.

The recipe starts by infusing rum with orange zest and raisins.  I let this mixture soak for a day, and then made the ice cream custard the next day.  Before churning, I drained the raisins, and then added the raisin-infused rum to the custard.  Then I churned the ice cream, and added the drained raisins during the last five minutes of churning. 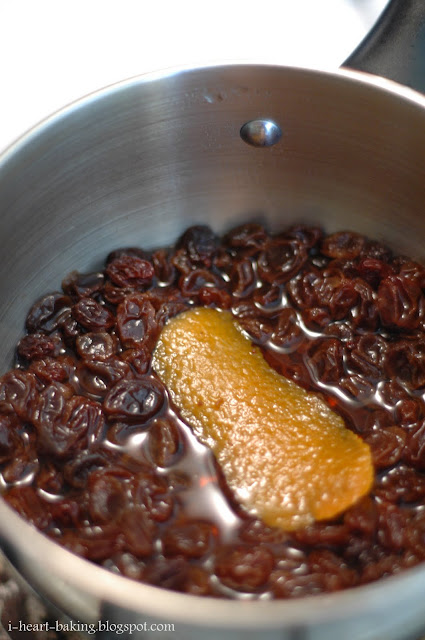 The ice cream itself didn't end up having much of the rum flavor.  It almost tasted like vanilla ice cream - however, there definitely was a kick from the rum-soaked raisins!  Maybe next time I need to use a darker rum?  (I used a gold Puerto Rican rum).  I might also try adding the raisin-infused rum to the ice cream base earlier, and let that mixture sit in the fridge overnight before churning.  Stay tuned! 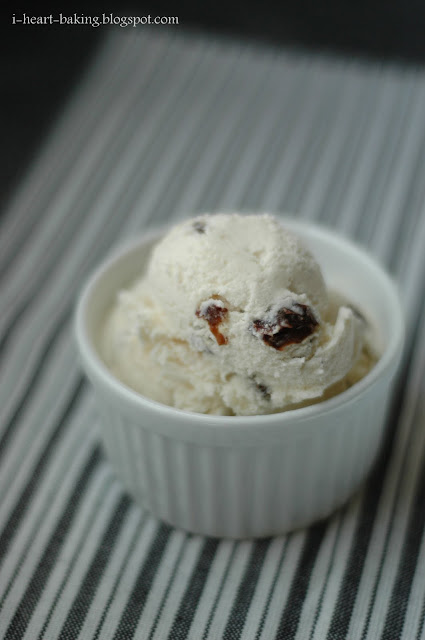