captain america cake with flag inside and haupia coconut filling 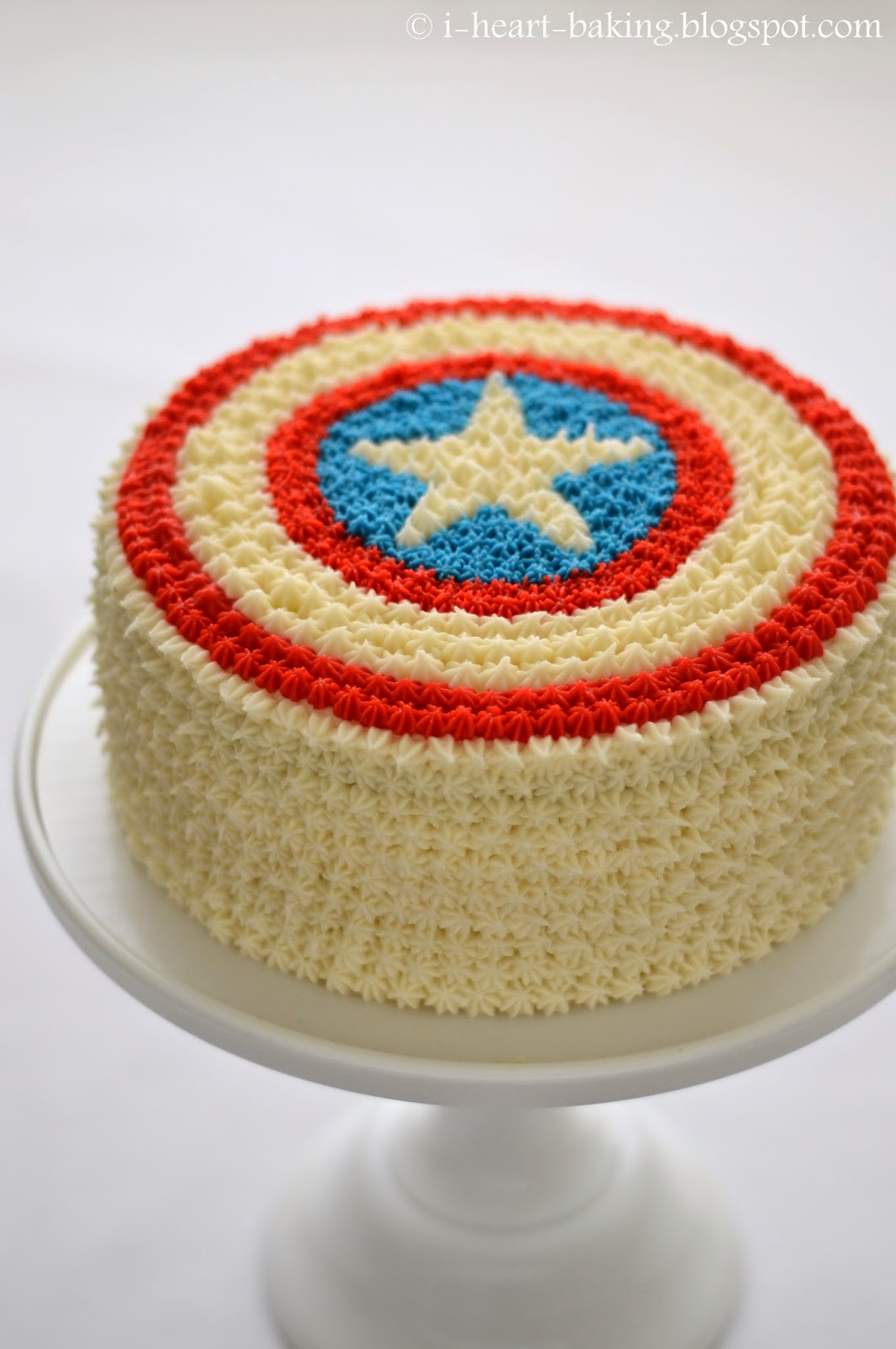 My oldest baby Matthew turned seven yesterday! This was the first year where he invited his own friends to his birthday party (as opposed to us inviting our friends and their kids!) So he invited three kids from school, and then my family and our neighbors also came to celebrate with him!

This year he wanted a Captain America cake, so Captain America cake he got! On the outside AND on the inside! I've always wanted to make a flag-inside cake for July 4th or something, like this one at 17 and Baking, but never had the chance ... until now!

For the inside of the cake, I made two batches of vanilla cake (recipe in my new book!), divided and colored them, and baked them in 8-inch round pans. One batch of vanilla cake will make two 8-inch cake layers, so I ended up with four cake layers. Since I only needed three (one red, one white, one blue), I wrapped the fourth layer really well in plastic wrap and froze it for later. 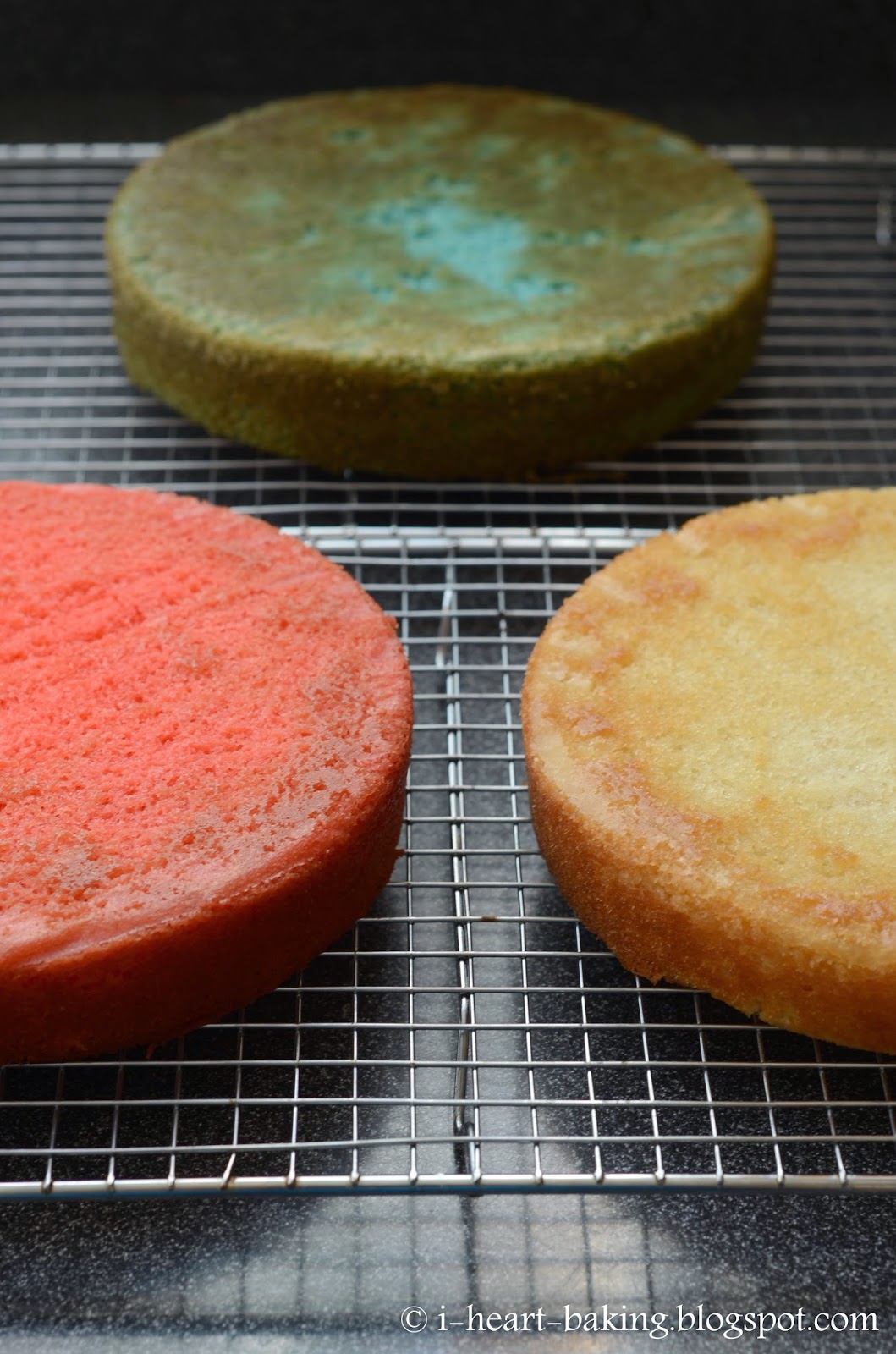 To fill the layers, I made a haupia coconut whipped cream filling, based on Matthew's love of coconut (he recently decided that chocolate haupia pie from Ted's Bakery in Hawaii was his favorite dessert ever!). To give my whipped cream a nice coconut flavor, I used Trader Joe's coconut cream, since it was thicker and more concentrated than regular coconut milk. 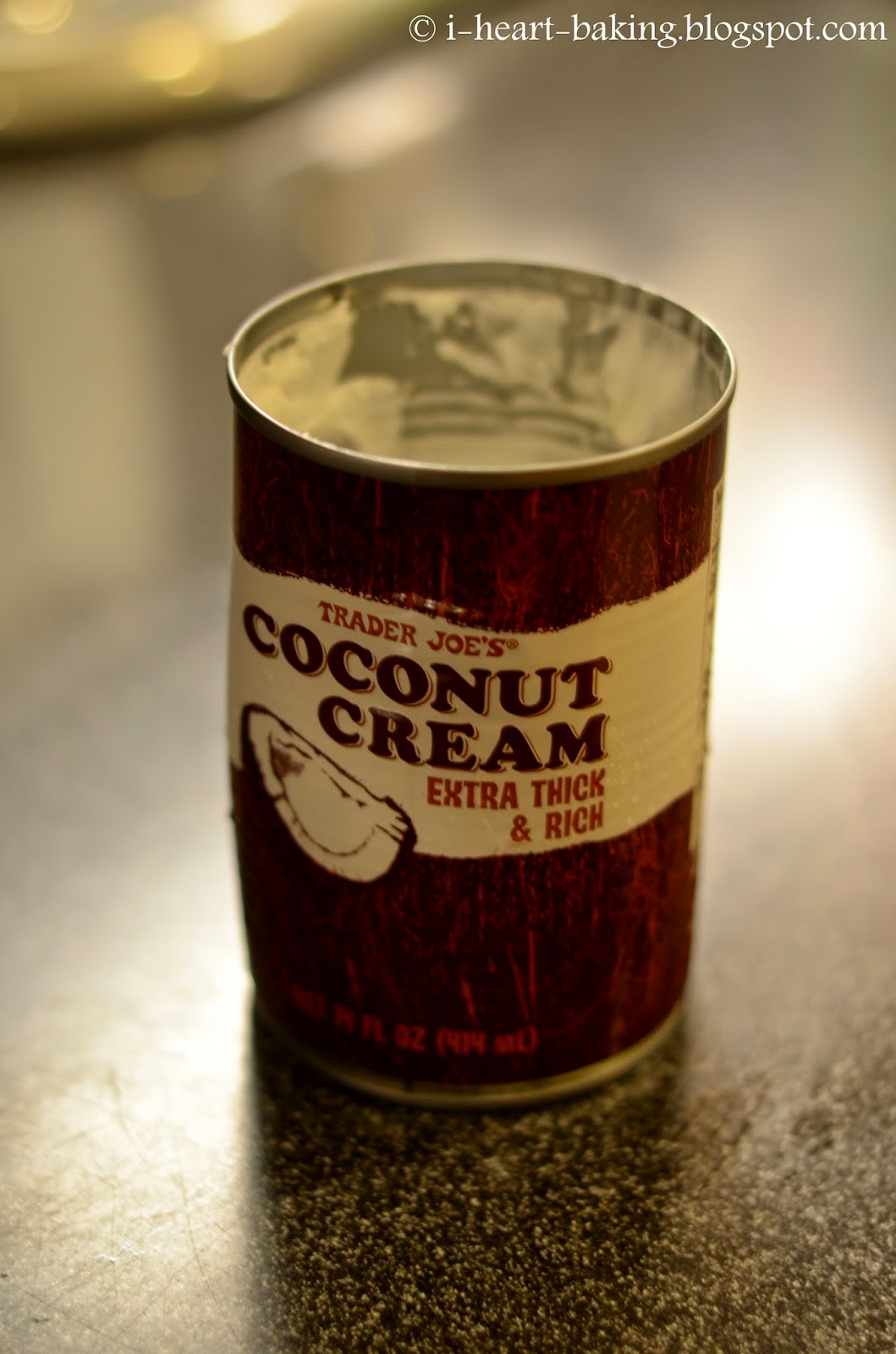 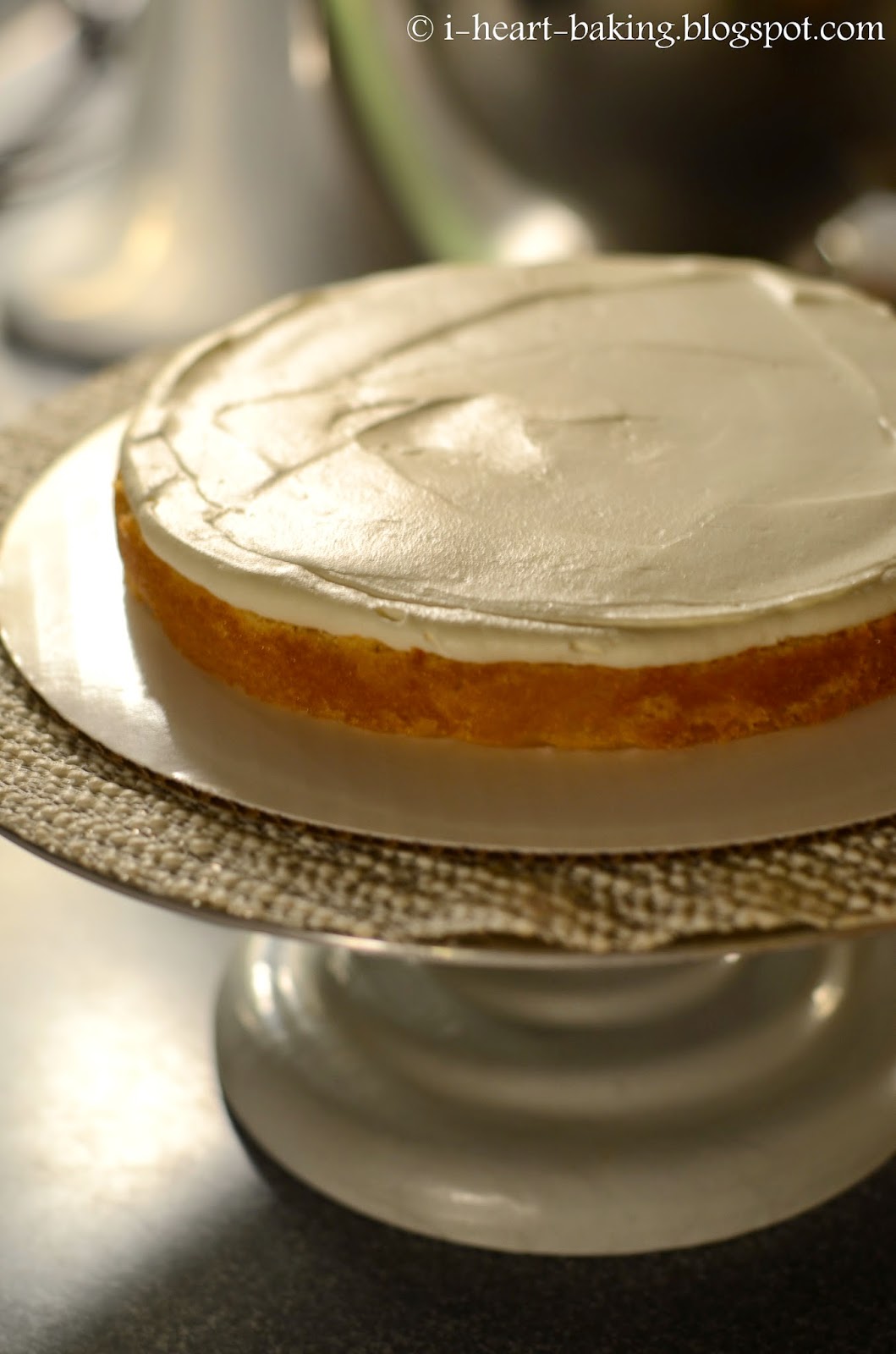 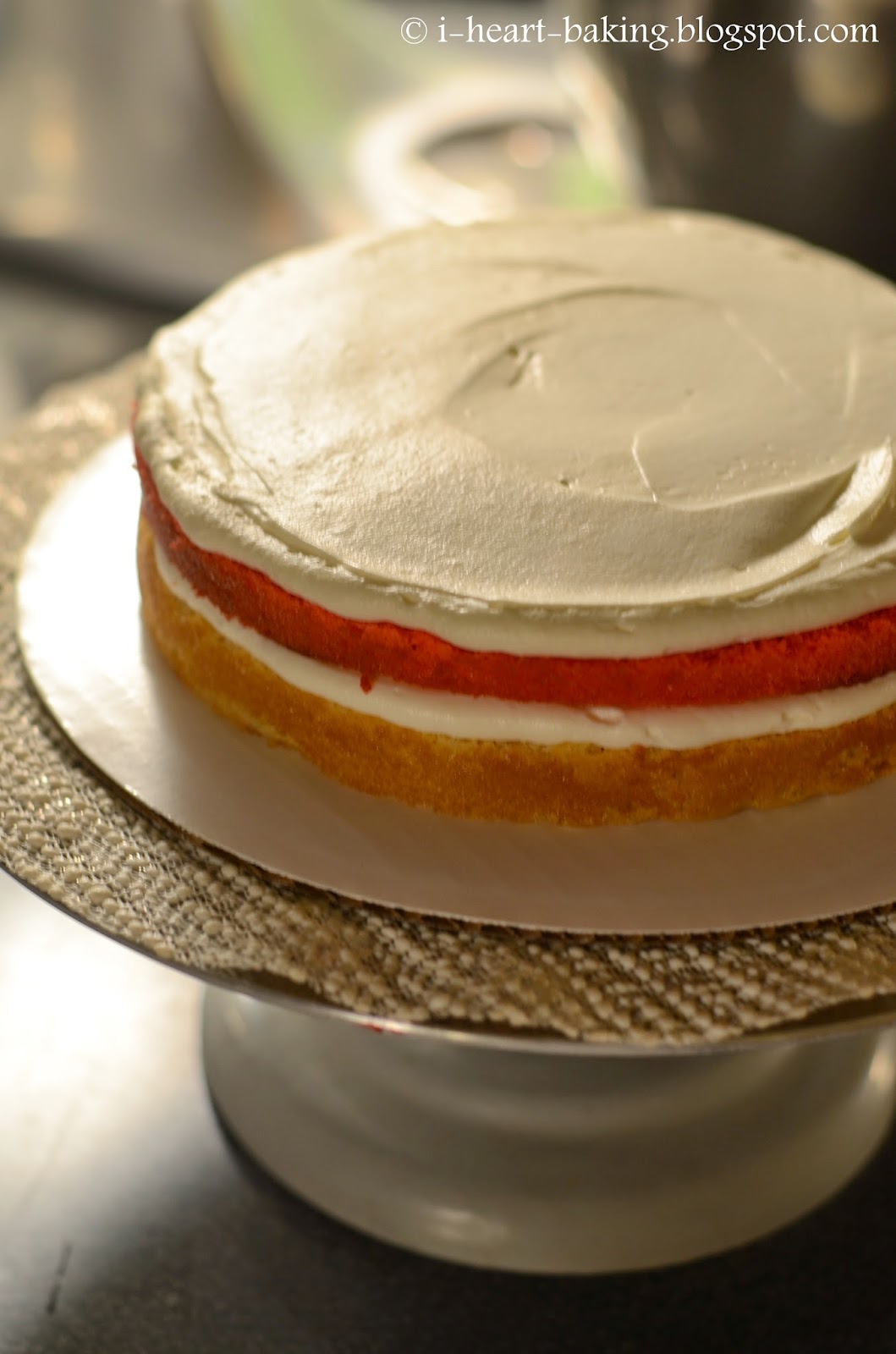 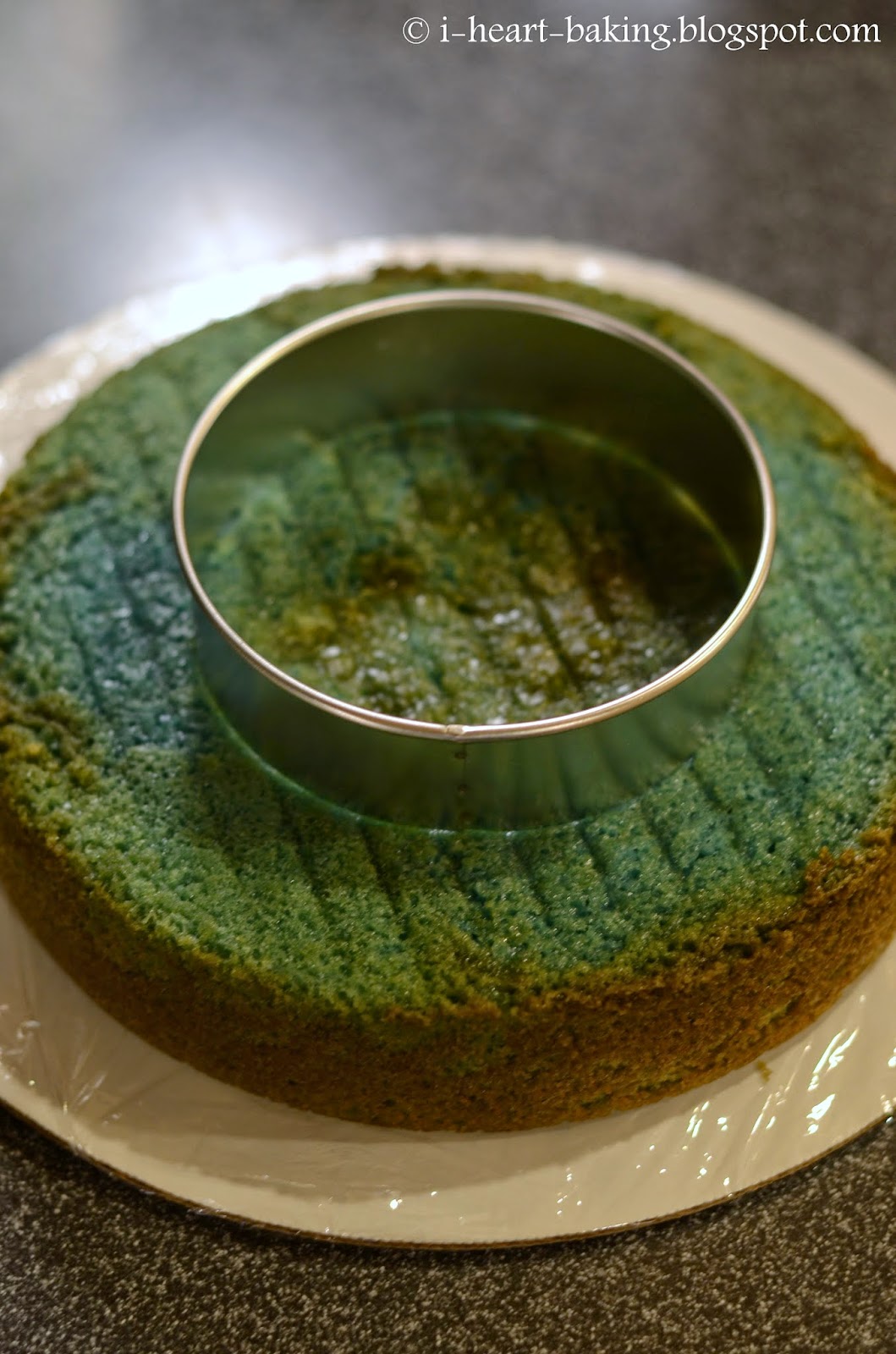 Then I placed the blue ring layer on top, with the 4-inch white cake layer on the inside of the ring, more coconut filling, and then the 4-inch red cake layer. This is what makes the flag inside! 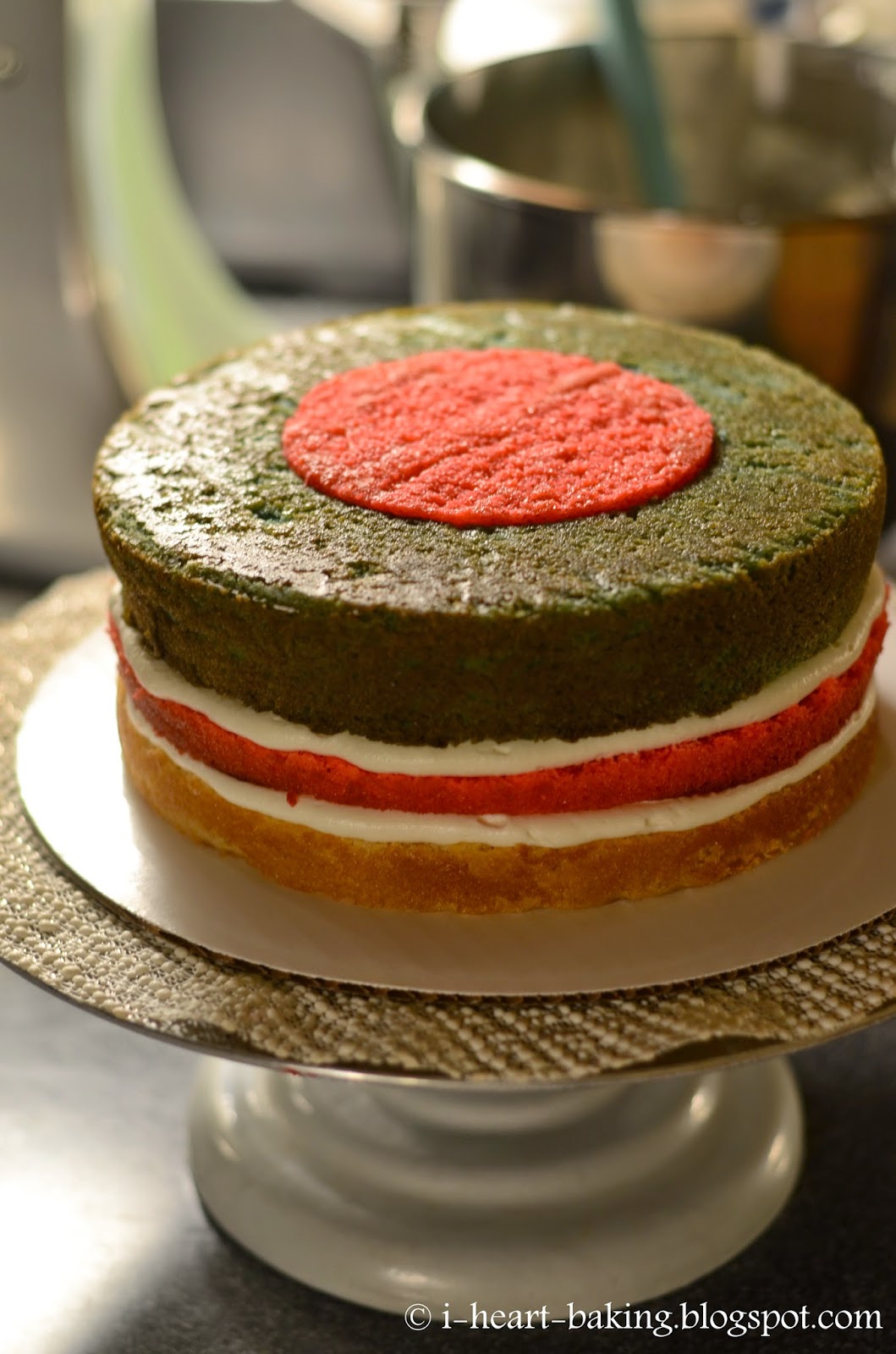 For the outside of the cake, I whipped up a batch of cream cheese buttercream (recipe also in my new book!), and did a quick crumb coat on the top and sides of the cake. Then I used a toothpick to draw my Captain America design on the top of the cake. 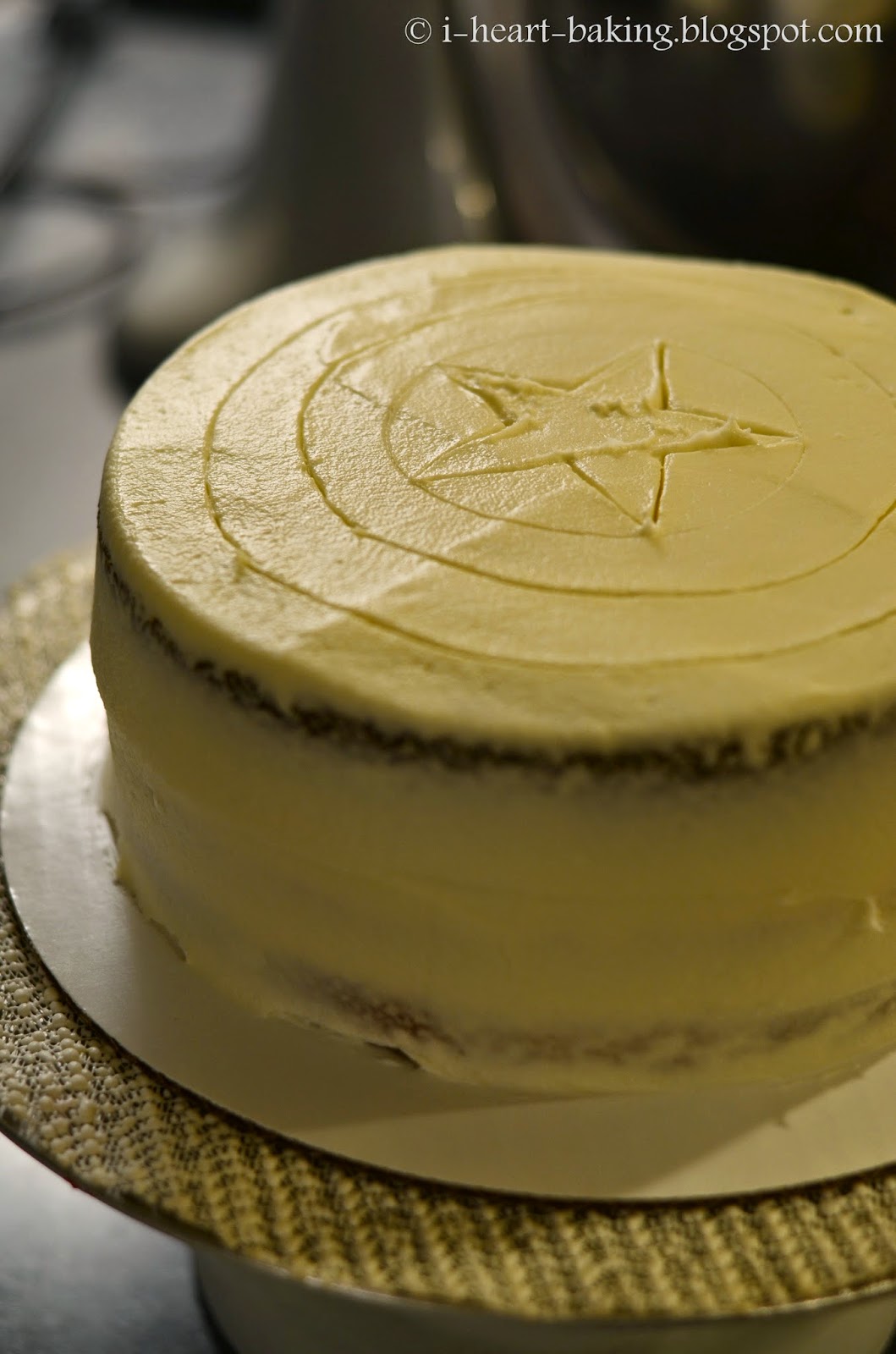 Finally, I used used the markings to fill in the design with piped stars - white for the star, blue for the circle around the stars, and then alternating rings of red and white. 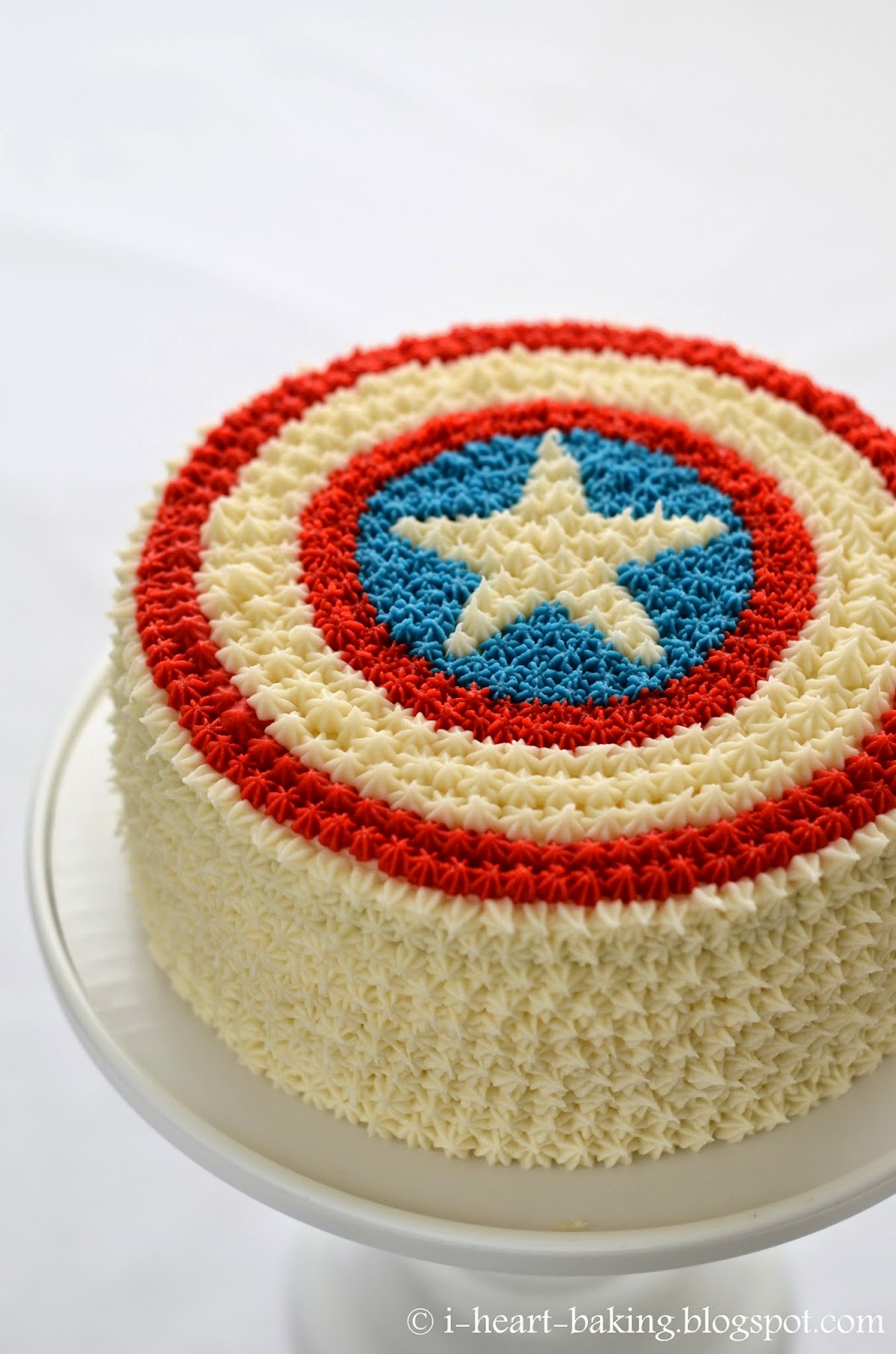 Matthew loved the cake! And it went perfectly with his Captain America shirt! :)

Although, he didn't even notice the flag inside! He didn't even realize it until I asked him about it on the way home! I had to show him a picture to prove it, and even then he asked "how come there are no stars on the blue part of the flag?"... (sigh)

He also only took one bite of the cake before running off to play with his friends, so he didn't even notice the coconut filling!

Happy Birthday, my Matthew! Thanks for being such an awesome kid! :)

*** Update: You can also see the Captain America cookies that I made to go along with the cake, here!
Posted by michele at 8:42 PM