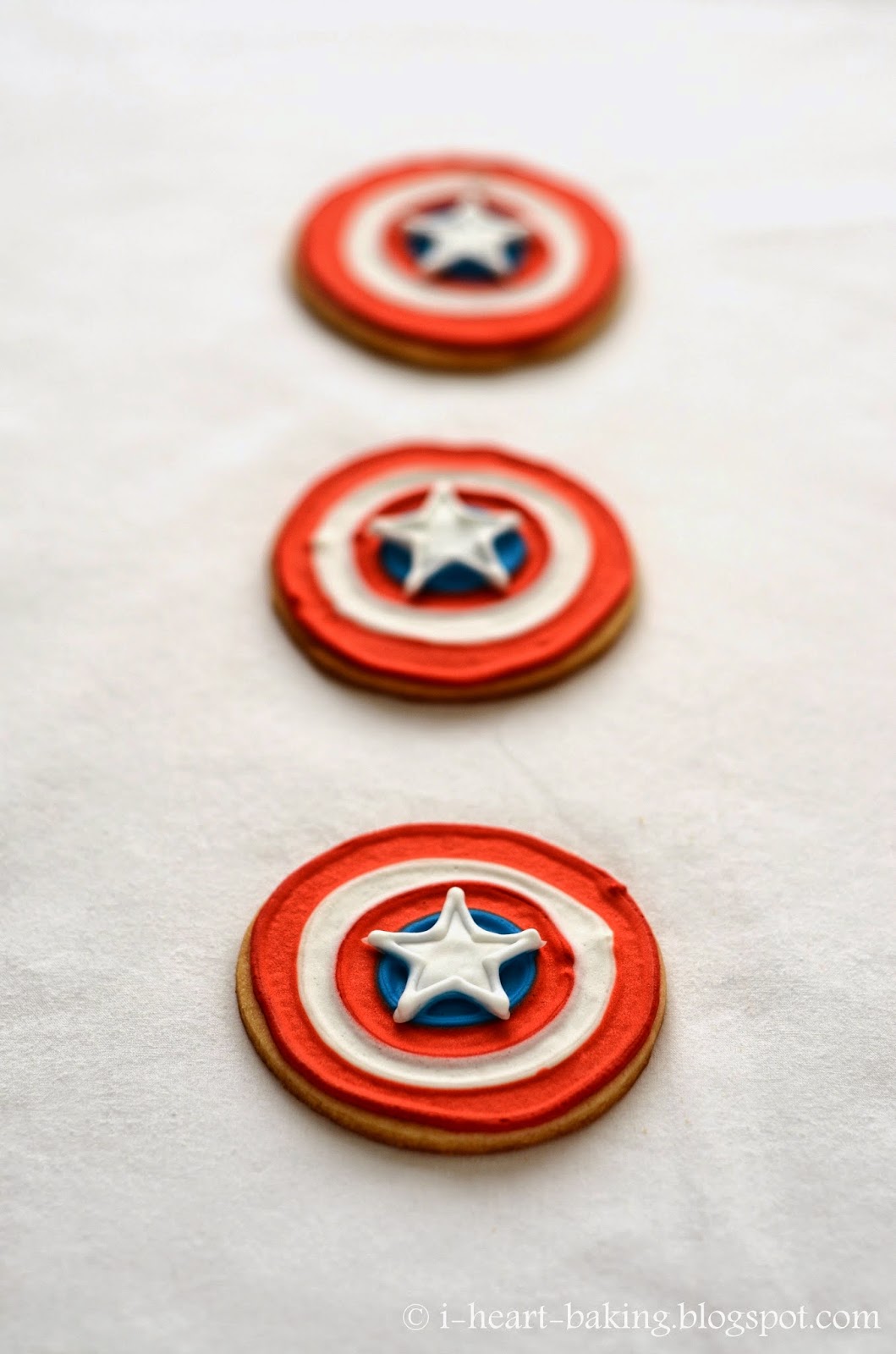 To go along with the Captain America flag-inside cake that I made for my son Matthew's 7th birthday last week, I also made these cookies and individually wrapped them to hand out as favors (as well as for him to pass out to his class).

For the cookies, I made my super-simple sugar cookie recipe (recipe in my new book!), and used a large circular cookie cutter to cut out the shapes. Once the cookies were baked and cooled, I whipped up a batch of royal icing (recipe also in the book!), divided it into three portions, and colored it red and blue (and left the third portion white). Then I used the stiff icing to pipe circles onto my cookies to form Captain America's shield logo. 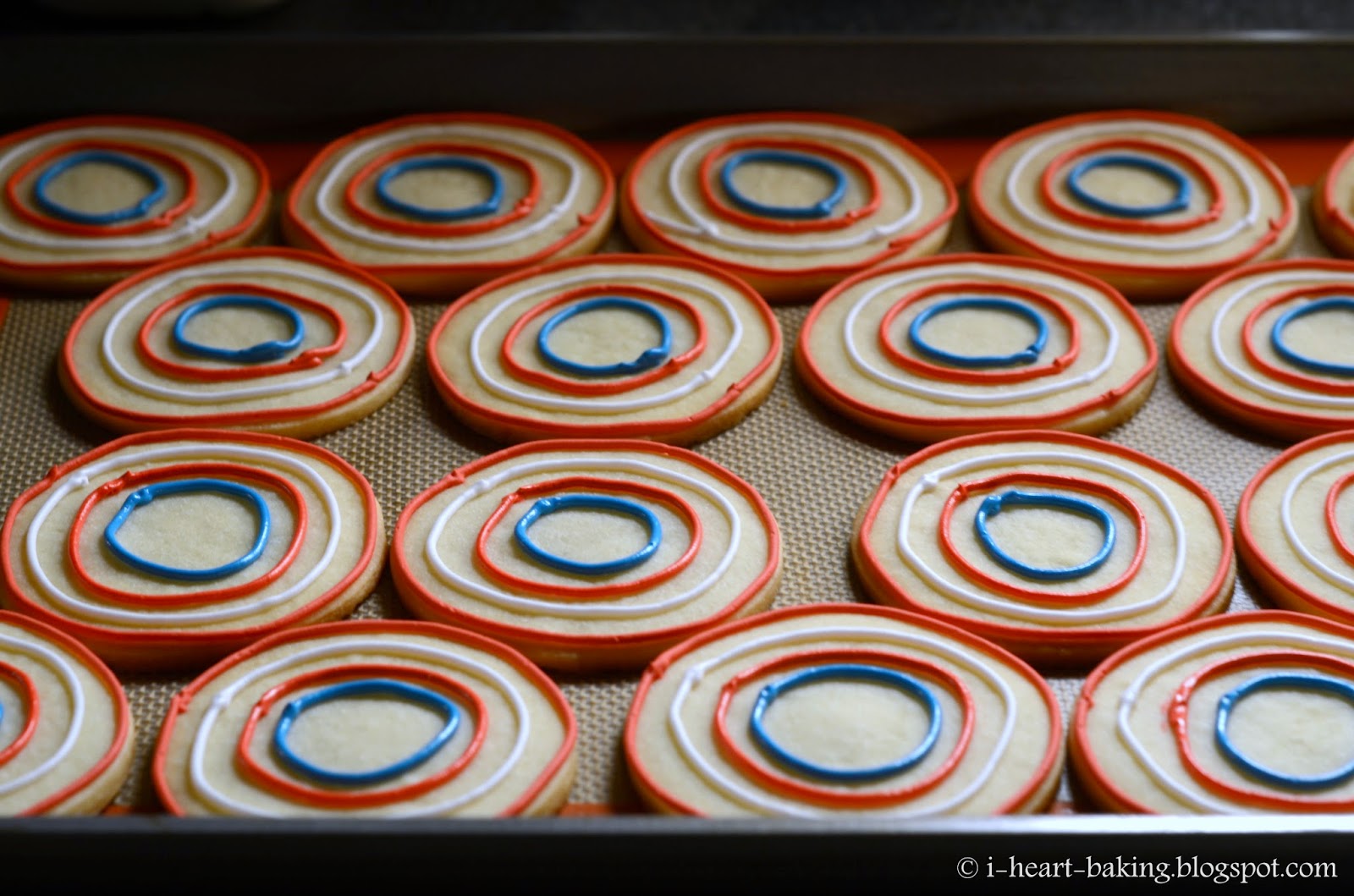 You'd think it would be super easy since I was just piping circles instead of all the other cookie shapes that I've done, but I'd have to say that it's pretty hard to pipe perfectly round and well-spaced circles! Most of them turned out to be very wobbly circles! 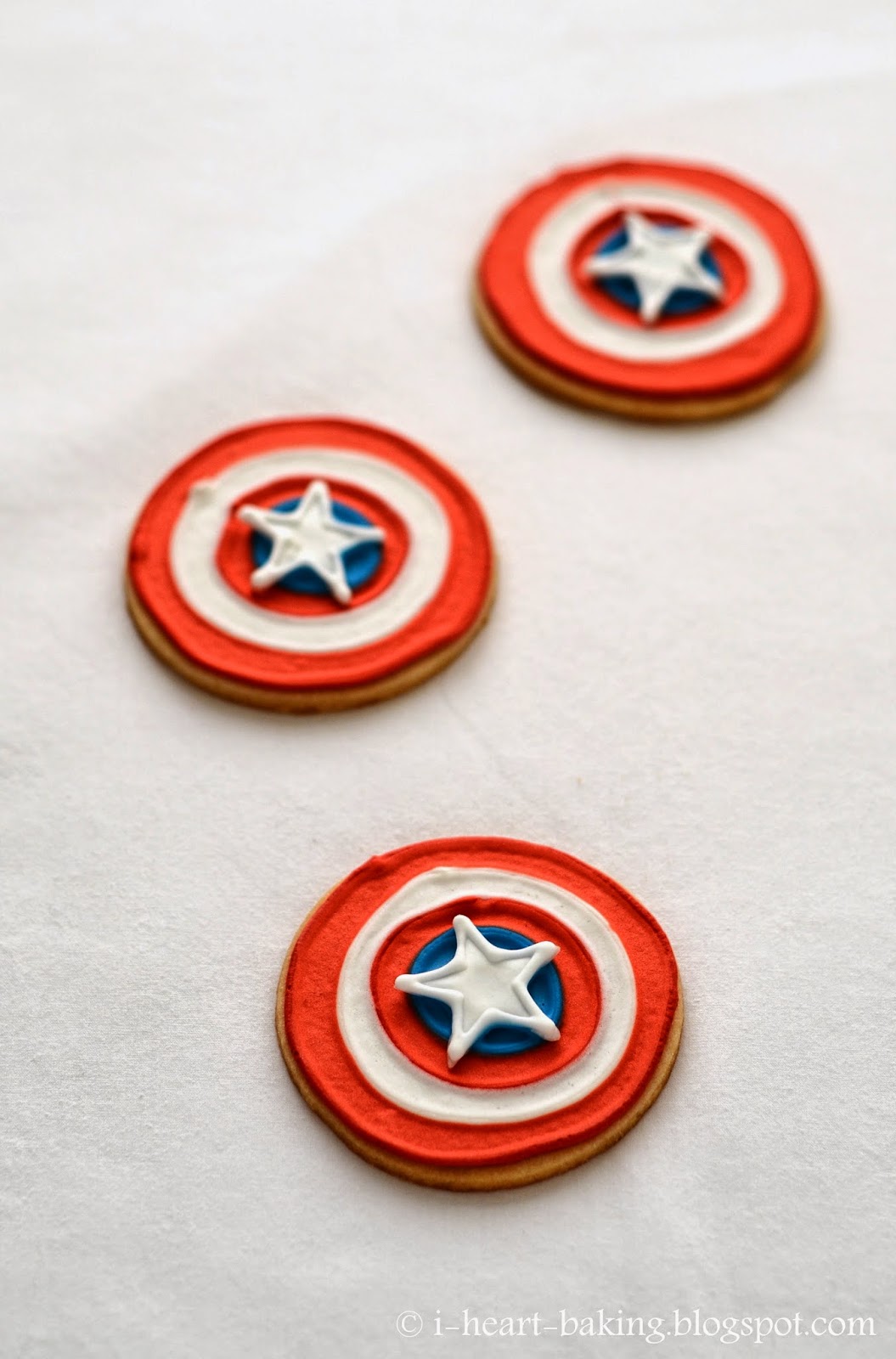 Anyway, they still came out pretty cute, and Matthew and his friends loved them! Hooray!
Posted by michele at 11:13 PM