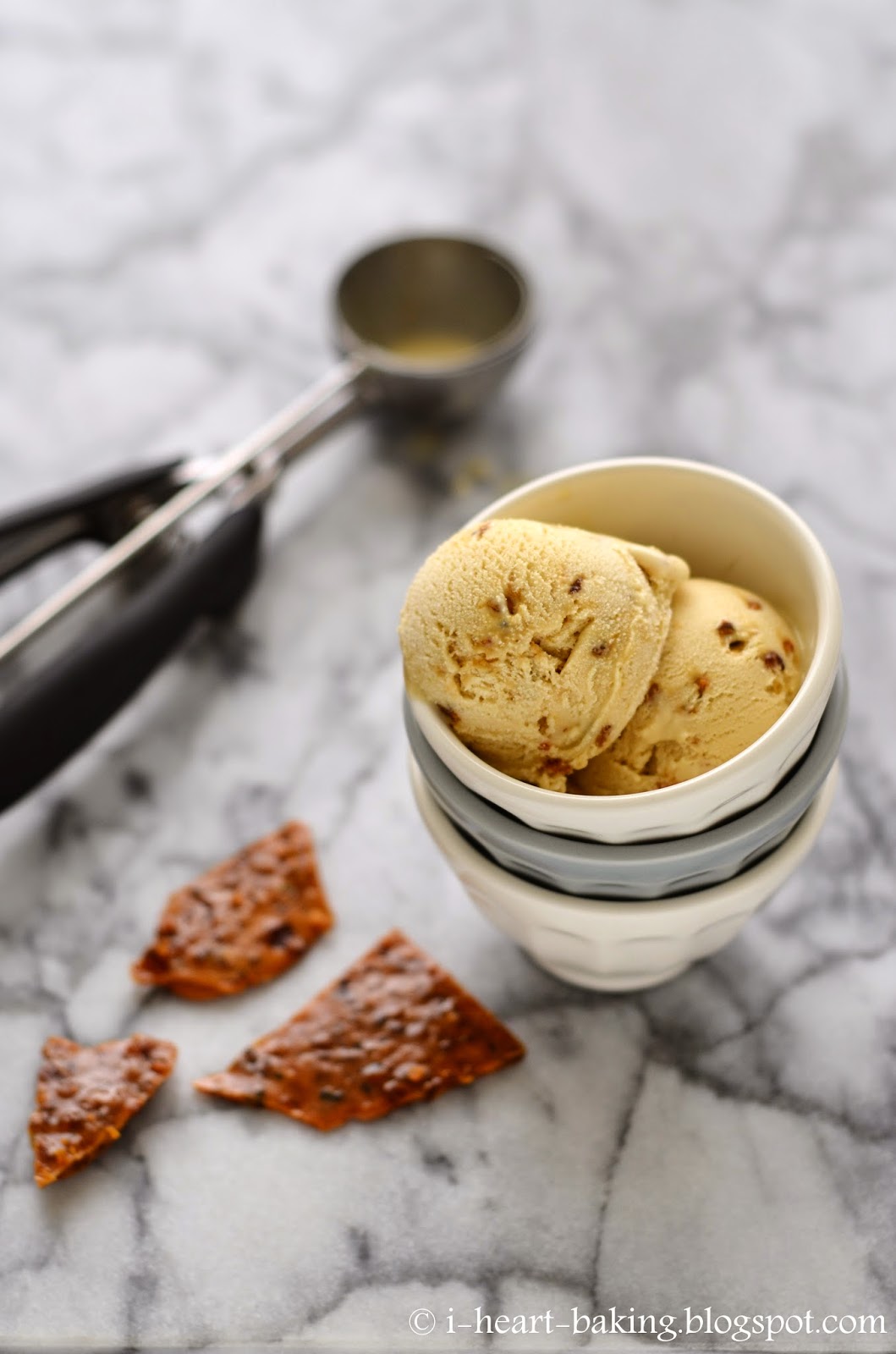 A couple of months ago while my husbands parents were in town visiting from Hawaii, my mom decided to have a lunch so that we could all get together. I offered to make dessert, but my mom said she was already making apple cake. So I told her I would make ice cream to go with it!

At first I was just going to make vanilla ice cream, but then I thought maybe a maple flavored ice cream would compliment her apple cake well. Then the thought of maple ice cream reminded me of this amazing maple and candied bacon ice cream I had at Ici one time (my favorite ice cream place), and then I knew I HAD to make something similar! So I loosely followed this recipe. 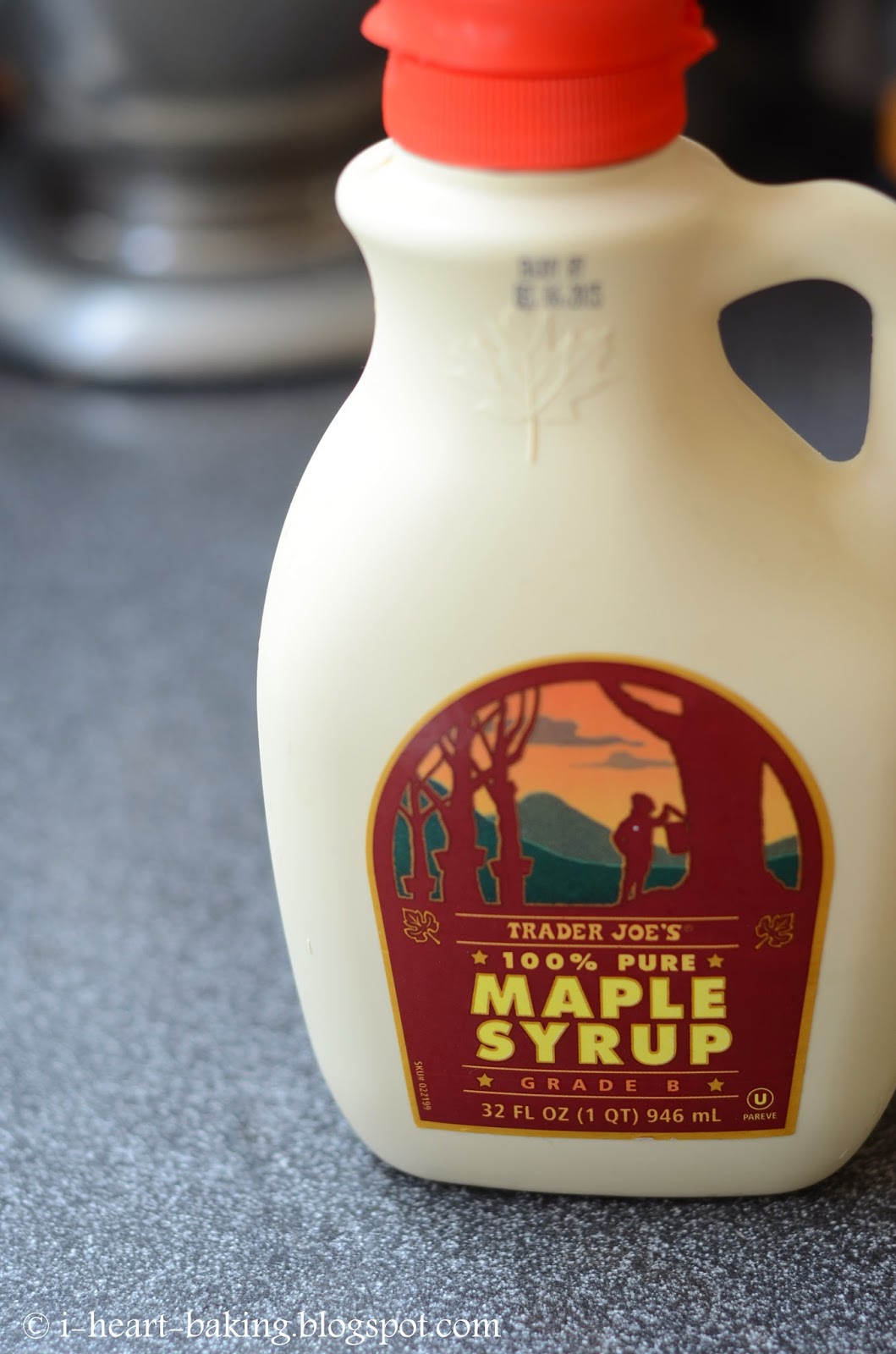 But first I decided to reduce my maple syrup slightly to concentrate the maple flavor. I placed a cup of grade B maple syrup in a saucepan, and simmered it on low until it had reduced slightly. Then I set it aside while I made the ice cream custard base - I heated up heavy cream and milk on the stove, tempered my egg yolks and sugar with it, and then mixed it all together and cooked it on medium heat until the mixture turned thick. Then I strained it, added in the maple syrup reduction, and covered it with plastic wrap before chilling it in the fridge. 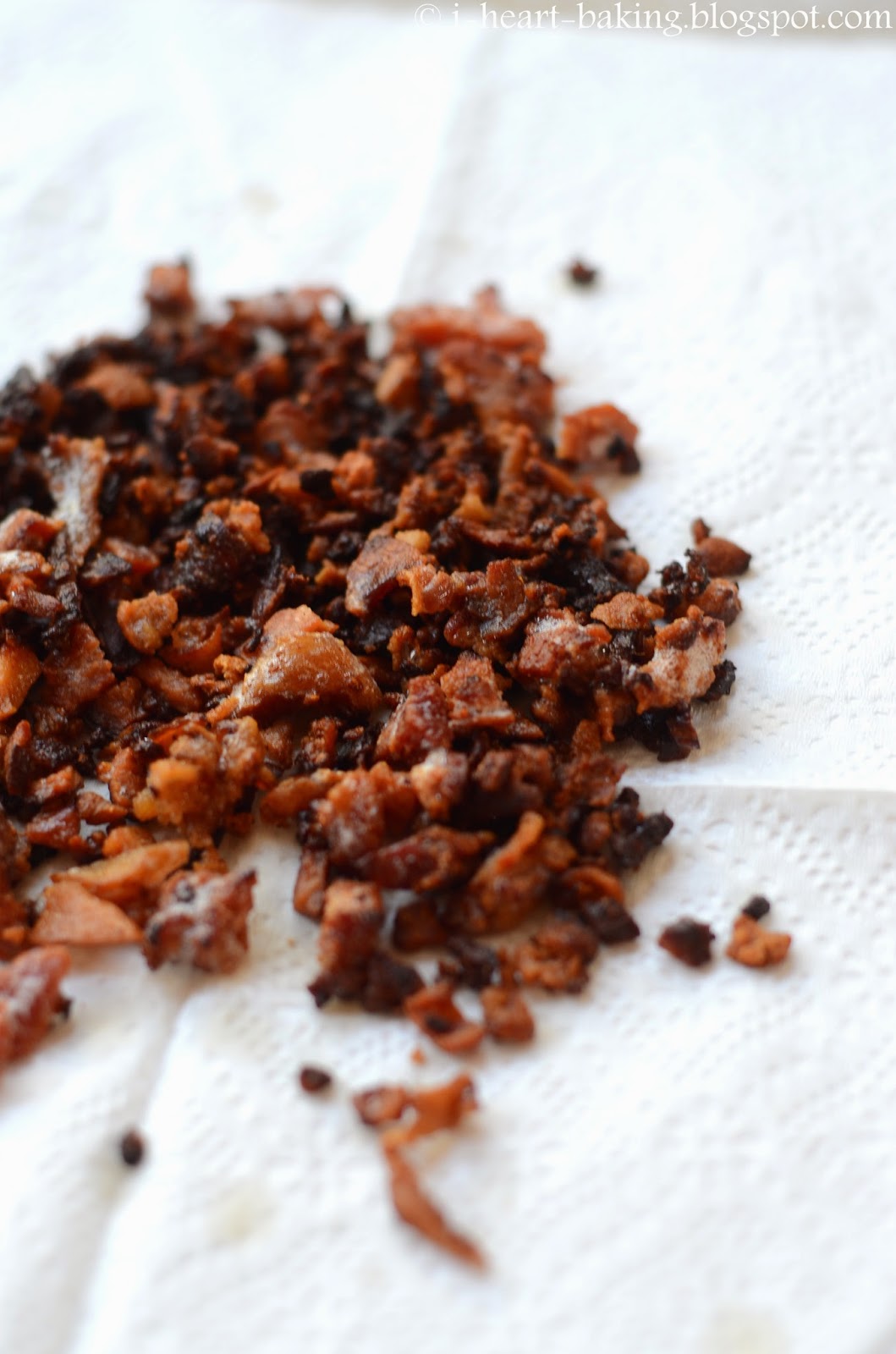 While my custard was chilling, I started on making the candied bacon. I fried my chopped bacon on high heat until it was browned and crispy, and then let it drain on a paper towel and set it aside. For the brittle, I cooked granulated sugar on the stove until it melted, then added butter, baking soda, and the cooled bacon. Then I poured the mixture onto a baking sheet lined with a silpat and spread it out into a thin layer. Once cooled, I broke the brittle into shards, and then chopped up about a cup of it and set it aside. 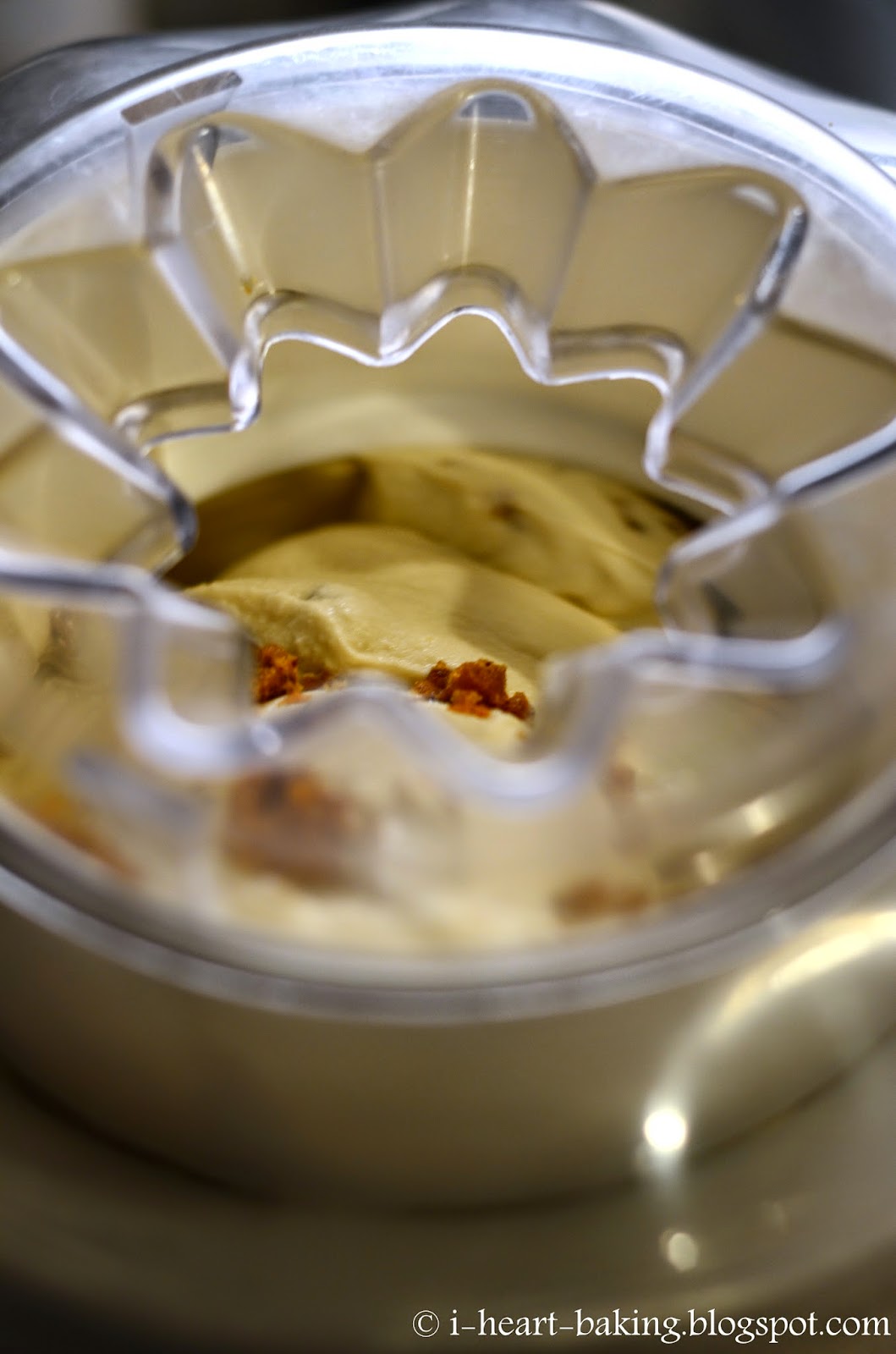 When it was time to churn my ice cream, I let it go for about 25 minutes before adding the chopped bacon brittle. Then I let it churn for another 5 minutes before pouring it into a container and placing it in the fridge to set overnight. 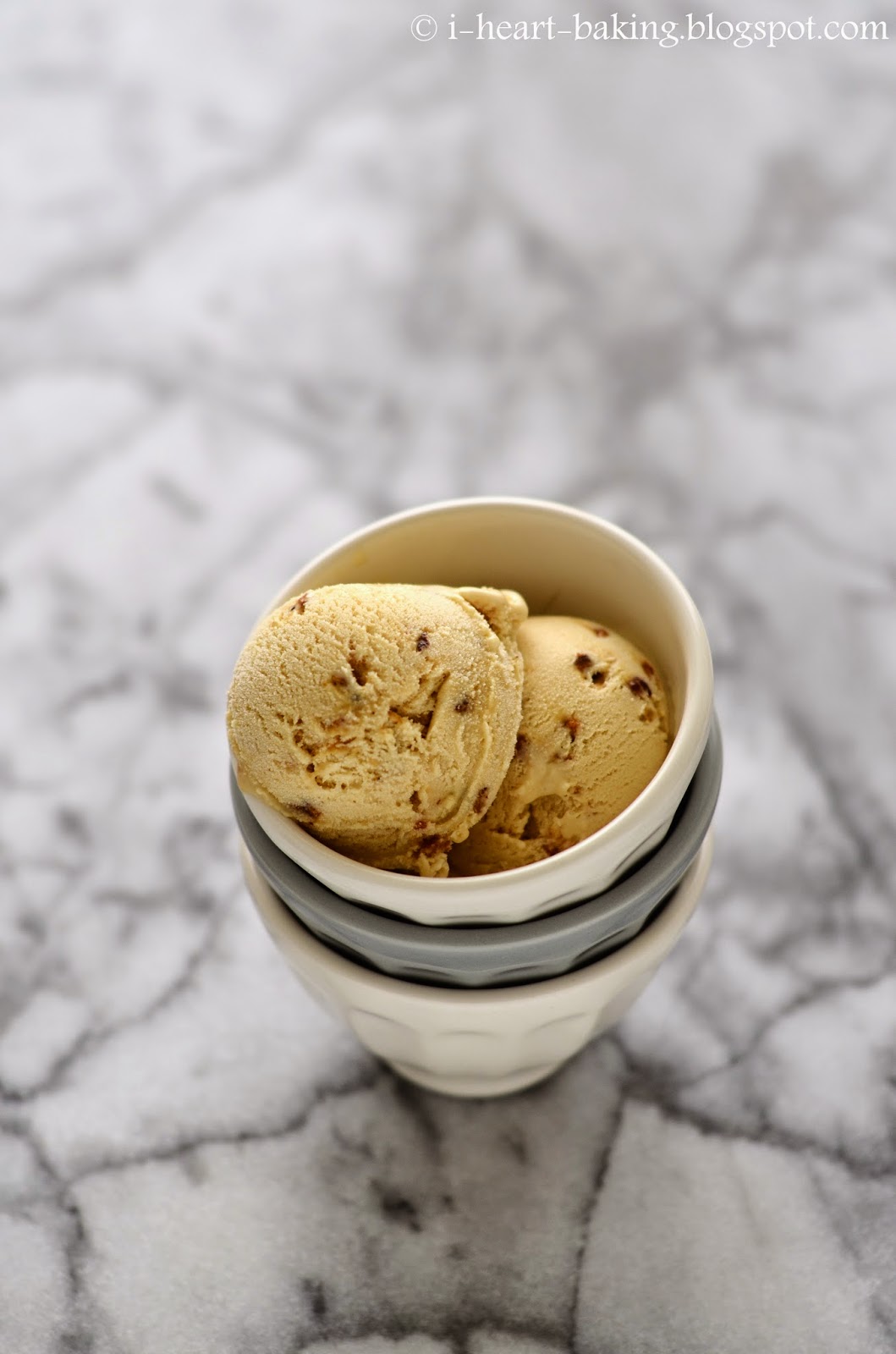 And then the next day, we had heavenly maple bacon-brittle ice cream. The only thing I would change is to add less maple syrup next time, as it was a tad too sweet. But other than that, it was heavenly! 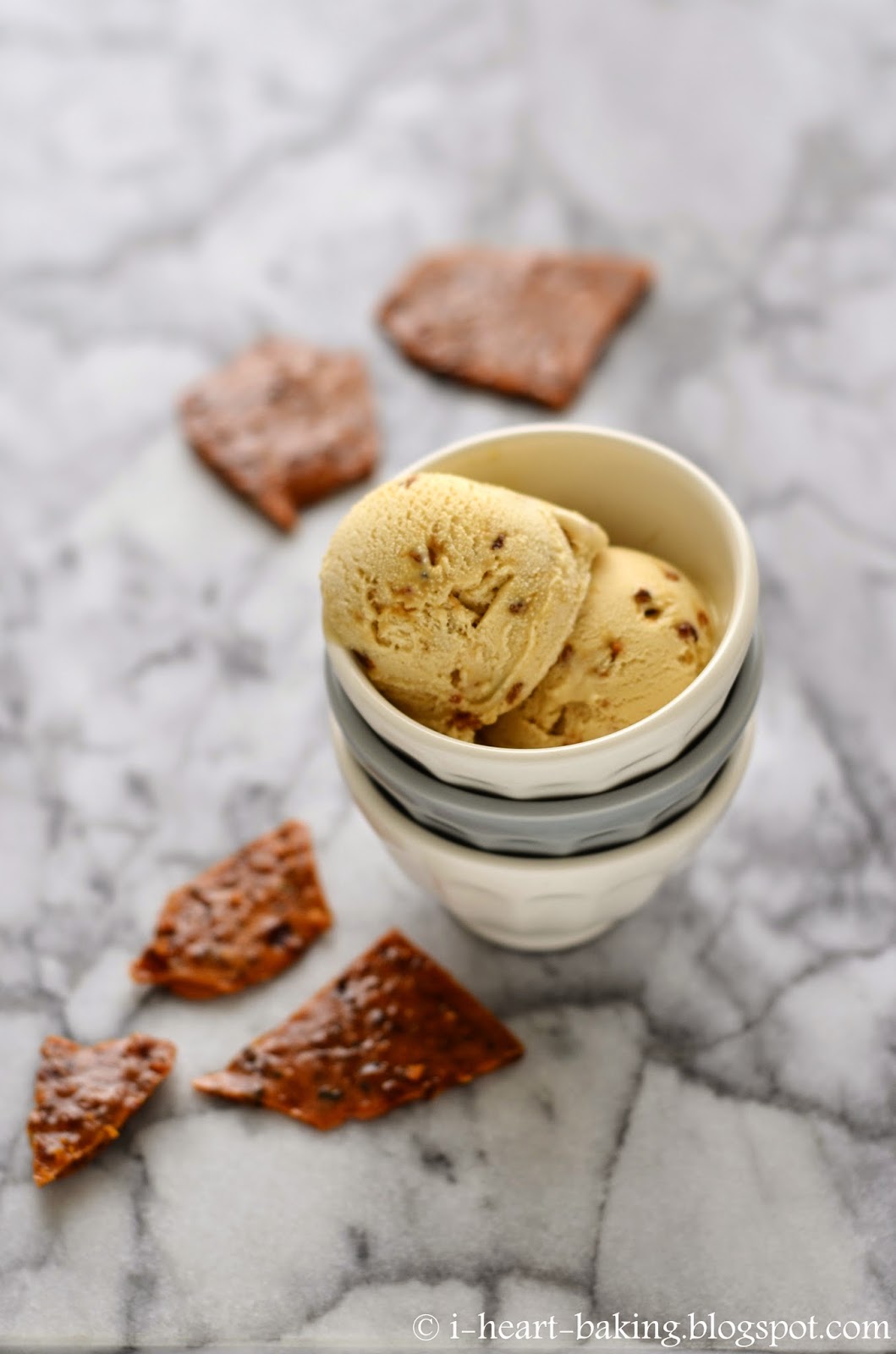