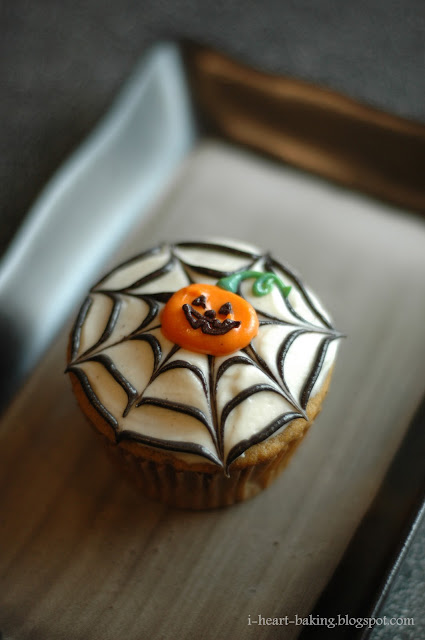 A few weeks ago, I had signed up to make pumpkin pie for Matthew's preschool class Halloween party.  I had envisioned making cute individual mini pumpkin pies instead of one large pie.  But when Halloween week rolled around, I was more in the mood to make cupcakes!  So I decided to make pumpkin cupcakes instead. 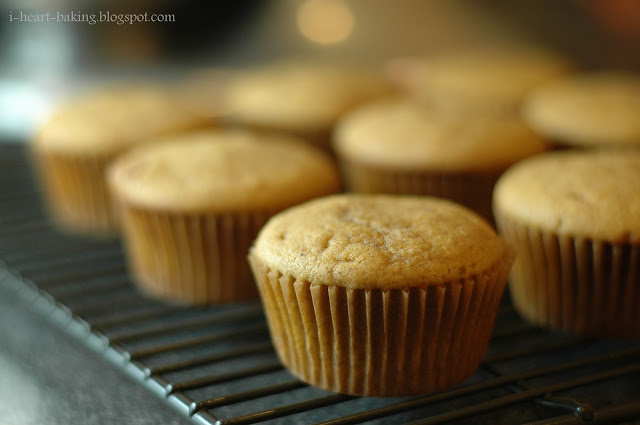 I found a nice Martha Stewart recipe for the cupcake, and it came out tender and moist, with just the right amount of spices to enhance the pumpkin.  For the topping, I upgraded my favorite cream cheese frosting by adding some browned butter, just to give it a nuttier taste, and in the end the flavors of the frosting and the cupcake married quite nicely.

To go with the Halloween theme, I made my frosting look like spiderwebs: 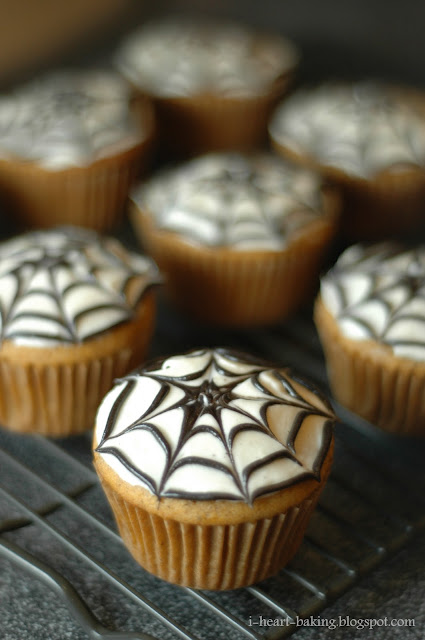 I was originally going to pipe spiders on top of the webs too, but spiders really gross me out, and I don't want to even think about eating them!  So instead I piped a happy jack-o-lantern on top. 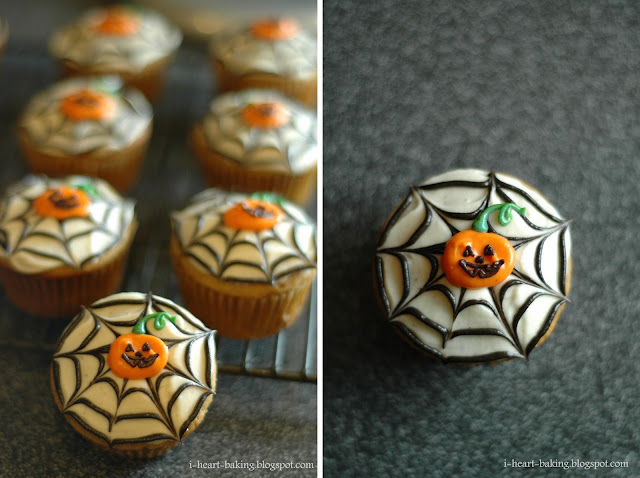