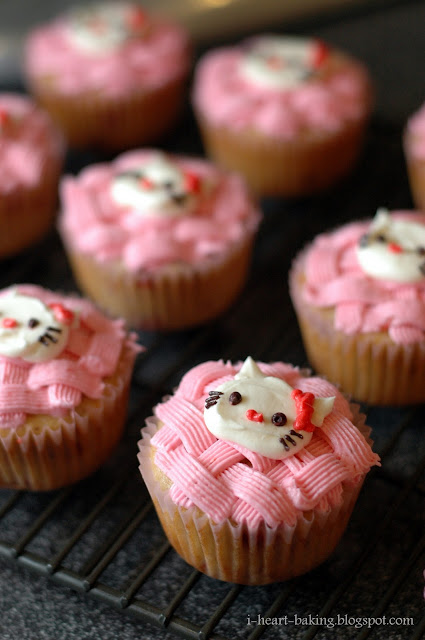 Today is my friend Hsing's birthday, and since we both love Hello Kitty, I wanted to make her Hello Kitty cupcakes.  Last year I made her a Hello Kitty ice cream cake - chocolate cake with homemade mint oreo ice cream (a post is in the works on that one!), so this year I wanted to do something totally different.

I pictured doing a pink frosting with a white Hello Kitty piped on top - similar to the duckie cupcakes I did for Naomi's mini baby shower - so I decided that a fresh strawberry buttercream would be perfect.  For the cupcake, I wanted to try a new recipe (I had found one for a new dark chocolate cupcake that I had been dying to try), and while it came out very moist, the texture was dense and more like a brownie cake - not what I was going for.  So I went with a strawberry cupcake instead, which called for fresh finely diced strawberries folded into the batter (recipe from Martha Stewart's book "Cupcakes"!).  The end result was a delicate white cupcake with melty bits of fresh strawberry inside - yum! 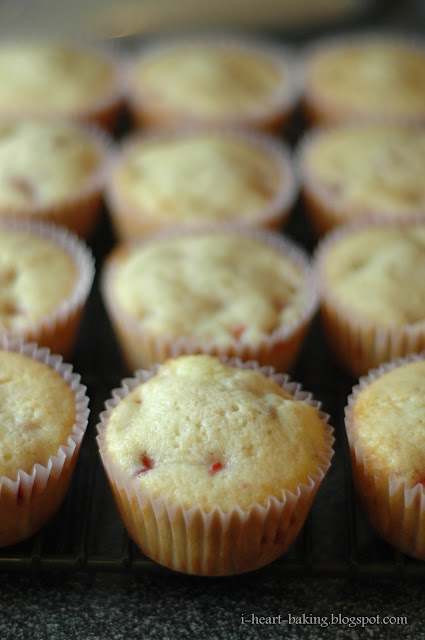 For the frosting, I pureed fresh strawberries in the food processor, and added it to my standard buttercream.  This made it a nice pale pink, but since I was going to pipe Hello Kitty in white, I wanted a darker pink shade, so I added a tiny bit of pink food coloring. 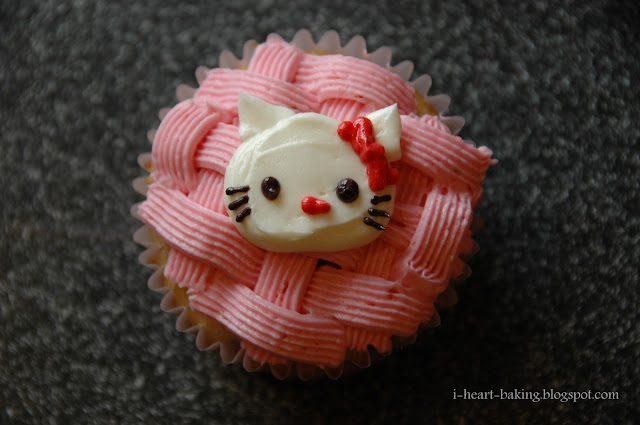 I had lots of extra strawberry buttercream left over, so I piped some flowers on top of the cakey brownie cupcakes (can't let those go to waste!). 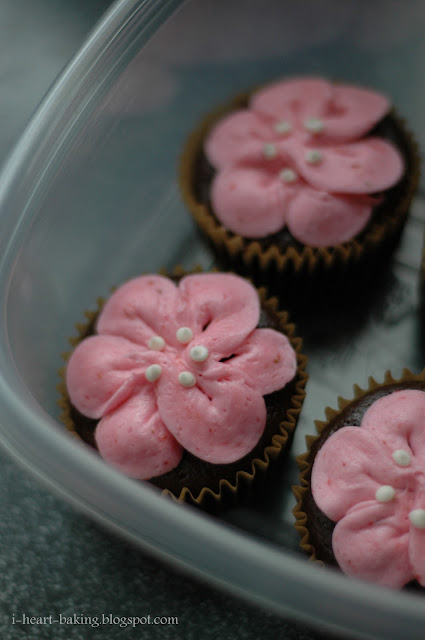 Anyway, Happy Birthday Hsing!  Hope you (and Avery and Chenchi) enjoyed the cupcakes! 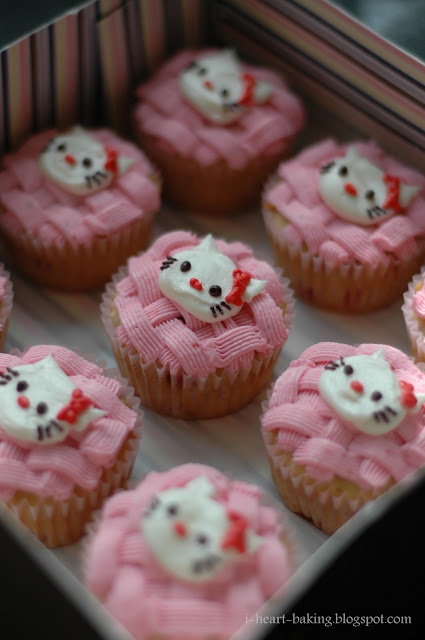